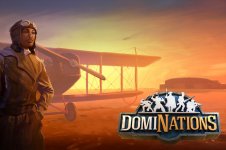 In 1921, Bessie Coleman became the first African-American woman to earn a pilot’s license and the first African-American to earn an international pilot permit. Since America was segregated, as an African-American woman, Bessie could not find anyone to teach her to fly. So, she taught herself French, moved to France, and enrolled at Ecole d’Aviation des Frères Caudron, where she received her pilot’s license while specializing in stunt flying and parachuting. Due to discrimination, Bessie could not become a commercial pilot, so she became the main attraction for many air stunt shows and exhibitions. She would only perform for desegregated audiences that entered through the same gates, regardless of their race. Bessie fell to her death during a rehearsal for an air show on April 30, 1926 at 34 years old. She has since been inducted into the National Aviation Hall of Fame and her dream of opening a school to teach African-Americans to fly was realized when the Bessie Coleman Aero Club was established in 1929.

the right event at the right time! Digital Air defense here I come!!
You must log in or register to reply here.