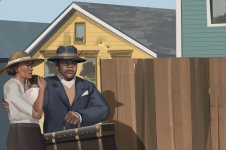 This weekend is our seventh Black History Matters Event focusing on the Red Summer of 1919.

The Red Summer took place between April and November of 1919, when white supremacist terrorism and racial riots took place in over three dozen cities across the United States. In many instances, attacks consisted of white-on-black violence. Washington D.C. and Chicago, Illinois saw the highest death tolls from the riots but both paled in comparison to the three-day long massacre in Elaine, Arkansas. The Elaine Massacre resulted in the deaths of over 200 black men, women, and children after black sharecroppers tried to organize for better working conditions. The Klu Klux Klan, largely shut down by the government after the American Civil War, experienced a resurgence and began carrying out dozens of lynchings across the south. Many African-American veterans of World War I were targets of mistreatment, seen by many white people as an affront to America’s racial caste system. At least 13 veterans were lynched after the war, and the total number of documented lynchings rose from 64 in 1918 to 83 in 1919. However, black veterans also served to defend their communities from mob violence. Veterans in numerous cities acted to defend black homes, neighborhoods, and families when the police and government refused to act. For many African-Americans, the way those veterans responded to the bloodshed added a sliver of inspiration to the terror of that summer.​

During the event, there will be 25% off Claymore Trap, Signal Flare Trap, Archive and Library upgrades, 33% off the MRL and Tactical Helicopter troop upgrades, as well as Alexander and Nobunaga General upgrades.
(Event lasts from 14:00 UTC 8/14 until 14:00 UTC 8/17.)

You must log in or register to reply here.