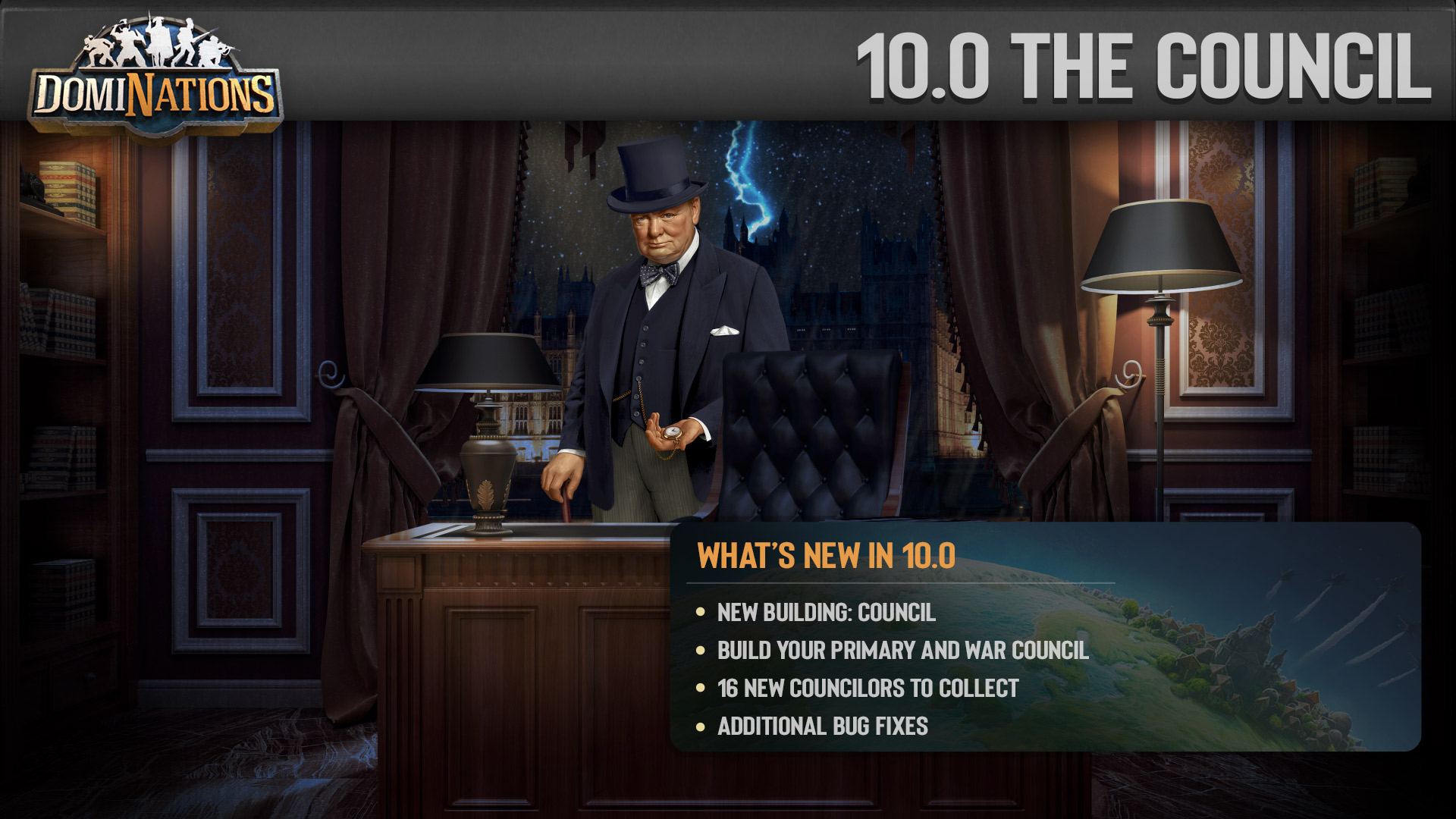 New to DomiNations is our Council feature, a new building in DomiNations that lets you build up a group of advisors that provide strong buffs to various areas in dominations. The Council building is available once players reach the Classical age; building the Council unlocks the ability to recruit, collect, and assign seats to form your Council.

There are two areas available in the Council building, the Primary Chamber and the War Chamber. The Primary chamber provides buffs focused around your main base and player battles, while the War Chamber focuses its benefits on World War attacks and strategy. Each councilor card you receive will come as either a Primary card or a War card (War cards have a different border).

Here's a list of the Councilors available at the launch of 10.0:
Bug Fixes and Improvements
Update: The update is now available to download on both Android and iOS.

Big Huge Moderator
Staff member
You must log in or register to reply here.