If you agree the lack of troop tactics is killing WAR participation, please hit like.

we always have a detailed plan in WW. But TTs are unavoidable.
Our current war goes like this:

So, I have to send my AA age allies against bases 240-260. How are they gonna 5 star those bases without TT? We are talking here about a massive level difference
B

I'm becoming more and more convinced that this has now become less of a game and more of a sociological experiment to see how much a long term player base will tolerate before walking away. Pretty sure such data will be useful for ''Next Super Secret BHG Project''. For this game? Not so much.
B 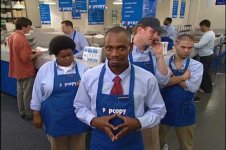 Looks like someone bought Nexon! This could only lead to improvements in their customer service and interaction and ability to listen to what their players want.

I swear, the person who designed this forum must be the same one who designed the museum. GeoCities was less clunky than this.
Last edited: Jun 28, 2019

A big part of the defensive rebalance was because war was too easy, especially with troop tactics. The game is designed for them to be used in battle, particularly against max defenses, and if you don't use them it becomes near impossible.

Nexon doesn't have to give away the best troop tactics for free, but there should be a regular way to access some of the more basic troops. Troop chests were great for this, none of the troops from them are top-tier, but you always had some to use.

It's just frustrating now, especially with Marco bringing such bad offerings. Using up to 4 tactics an attack, so 8 per war, burns through them much quicker than they can be replaced, and they're very difficult to earn in-game.
You must log in or register to reply here.

State of the game
2