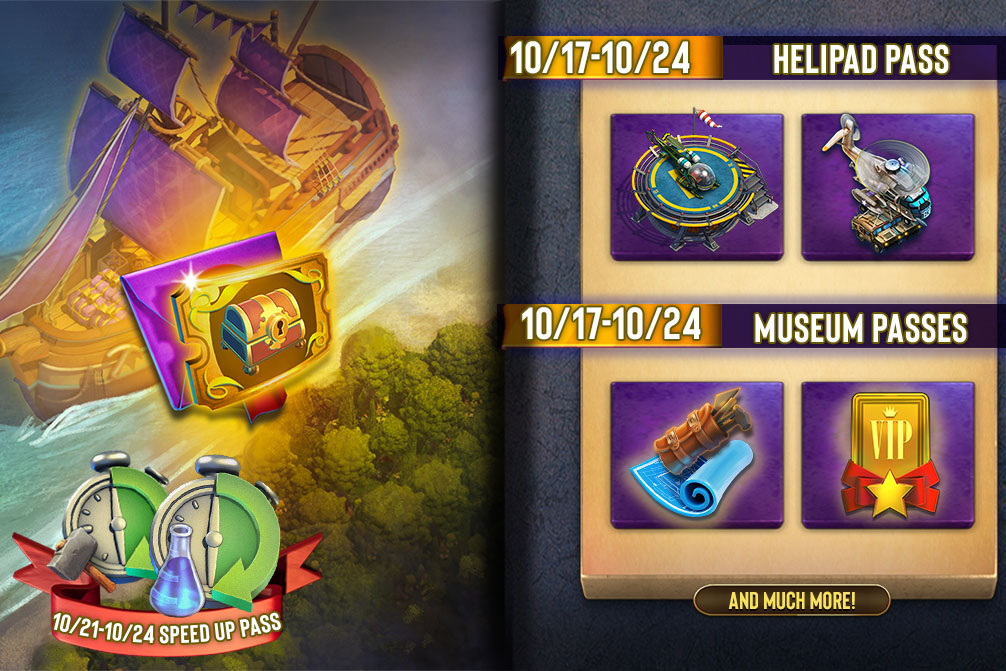 ​
Here are your Treasure Passes for the week of 10/17! The Helipad Pass kicks off with a Helipad for your Defenses and Super Stallion Troop Tactic, it continues to add Helicopters Daily. You can also grab one of the Museum Passes to get a daily stock of Supplies or Blueprints!

Check out this Season's Allegiance Pass! 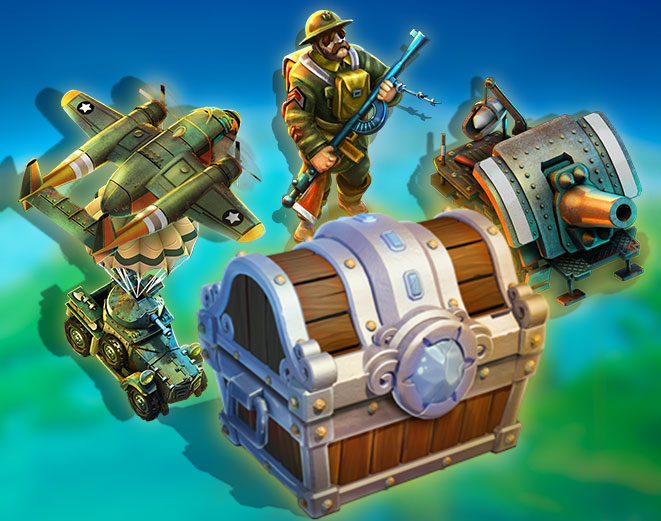 ​
The next Seasonal Leaderboard begins 10/20, and to get a quick jump in the season alongside the boosted units you'll certainly want to look no further than the Allegiance Pass! You'll start off with the Season of Allegiance Chest which offers some of the boosted units featured during this Seasonal Leaderboard. Additionally, you'll also get a daily drop of some of these featured Units throughout the weekend! For a full list of the limited-time Boosted stats during this season check back on the forums on 10/19!

More passes are available at the Treasure Dock!

We were expecting to launch a Hotfix prior to the Season of Allegiance Leaderboard start date. Unfortunately, this Hotfix won’t be making it in time for the new Season Launch and as such, we’ll be delaying the official start date.

Hi Harlems.
I understand that the game can't stop and that many players are looking forward to the new leaderboard, but with the current problems disputes are unfair for a huge portion of players.
This will generate wear and tear and frustration on the part of players affected by the spinning circles bug.
Are you sure launching the leaderboard event is a good idea at this point? I'd like to say that I'm trying hard not to give up the game completely with this many problems.
Starting this event without fixing the issues can be a definitive burial for some players.
You must log in or register to reply here.