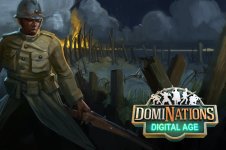 In 1918, Henry Johnson and his partner, Needham Roberts, were manning an observation post in France when German soldiers attacked them with grenades. Johnson was injured from the blasts but still managed to retaliate. With his rifle jammed and Roberts at risk of capture, Johnson continued to fight using nothing but a knife. He successfully killed several Germans and warded off the others. After reviewing the battlegrounds the next day, an army captain found that Johnson had defeated at least 24 German soldiers. For their courageous actions, Johnson and Roberts would become the first U.S. soldiers to receive the prestigious French Croix de Guerre medal, France’s highest award for valor.
You must log in or register to reply here.