Things have been quite busy over the last few months! We’ve been hard at work implementing the next steps for introducing Drone Command, the titular building for Drone Age! In August, we gave you a sneak peek at the latest building to be implemented into DomiNations. Today we’ll be taking a closer look at what that brings to your arsenal with the addition of Directives, Offensive Drones, Defensive Drones, and War Defensive Drones. Directives are the core of the Drone Command experience, and they’re going to be taking center stage here today. 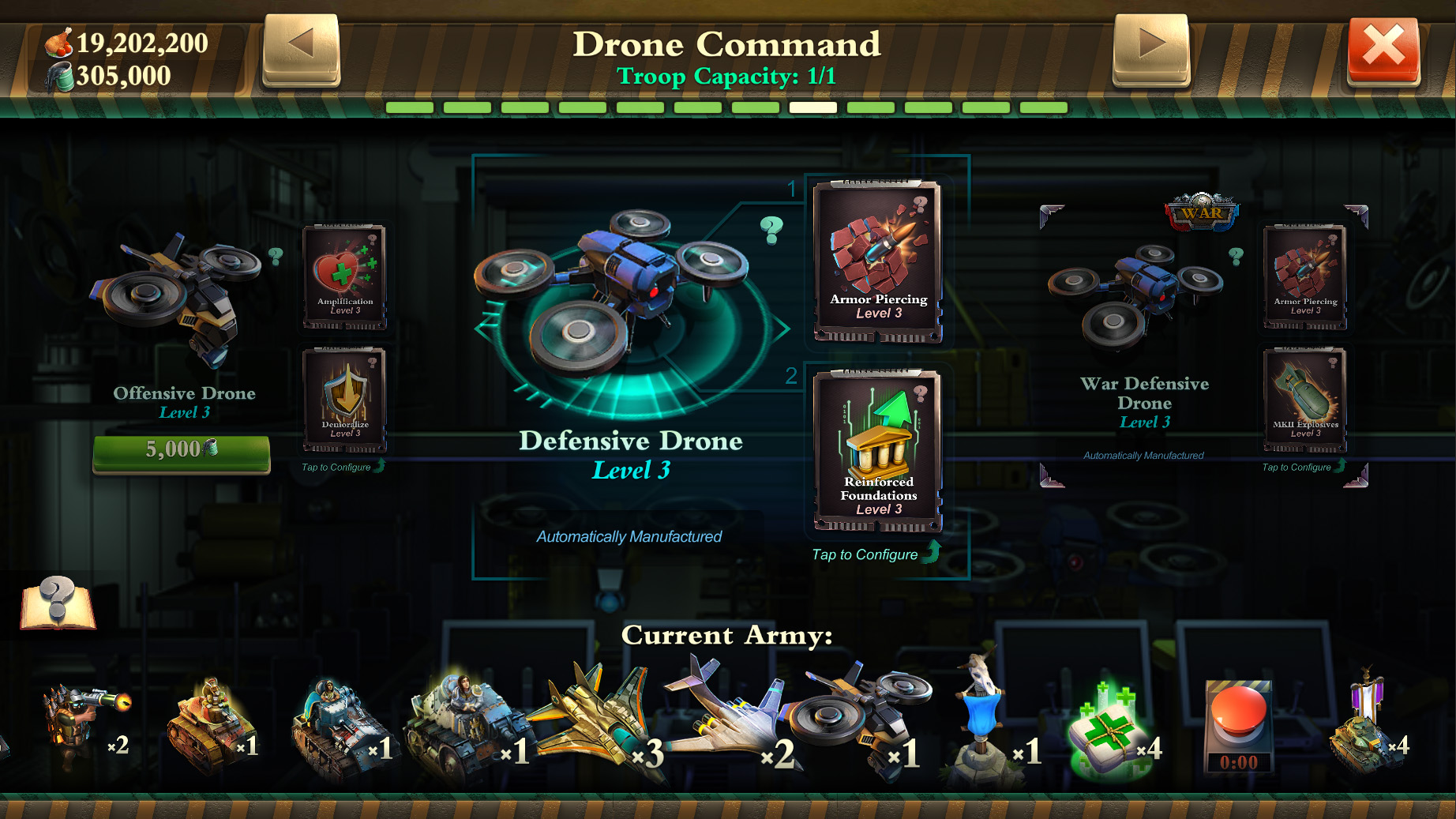 The following are some of the first Directives that will be available. These Directives may change at the release of Drone Command: 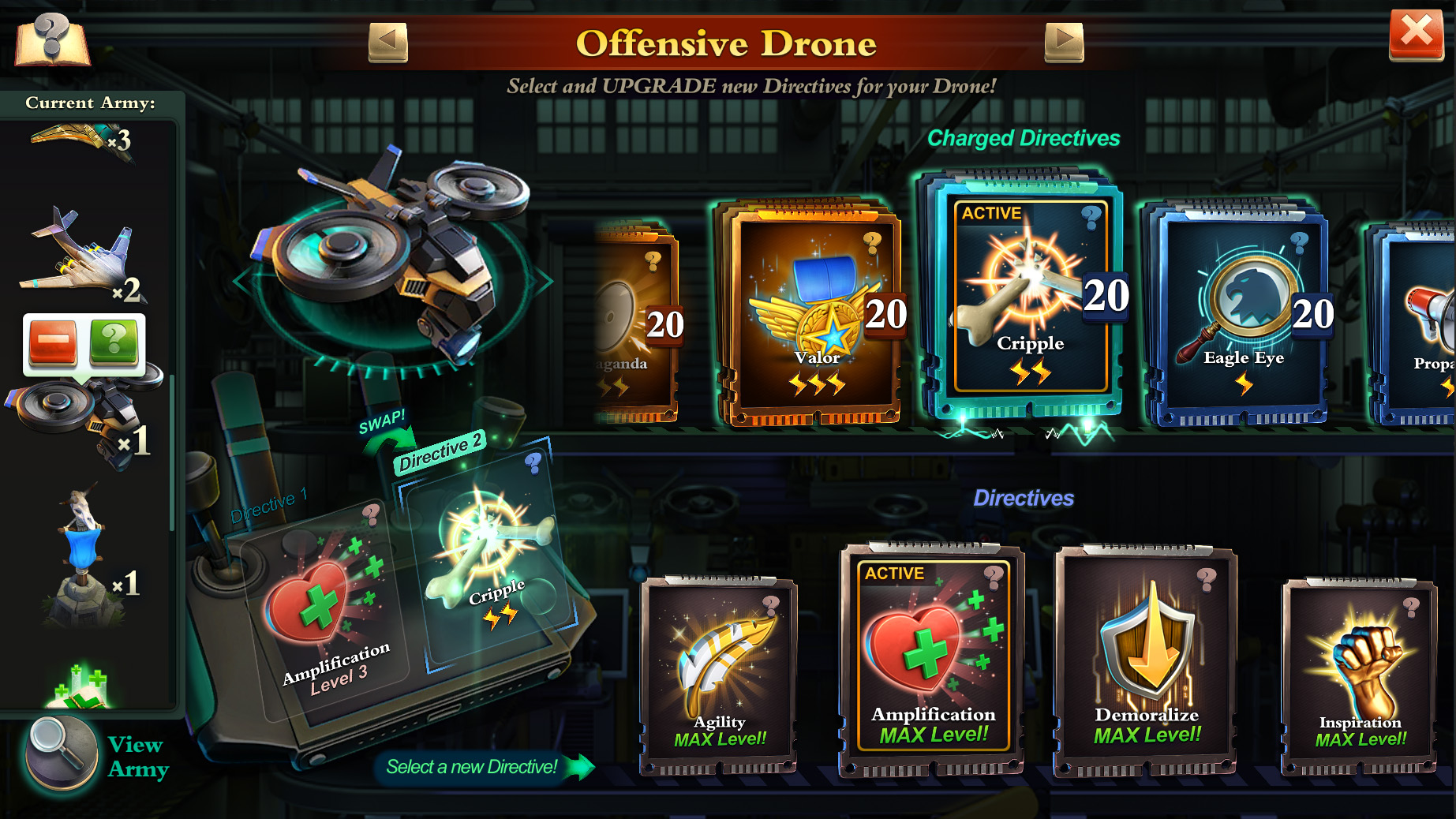 Between battles, you can swap out your Charged Directive, but you don’t need to use all charges in order to swap it out. When it runs out of charges, it will be replaced with the last Offensive Directive used in that particular slot.

There are plenty of possibilities to theorize about how Directives and Drones will work alongside current Army Compositions. Drone Command offers a powerful tool that has the potential to sway the battlefield in tremendous ways! 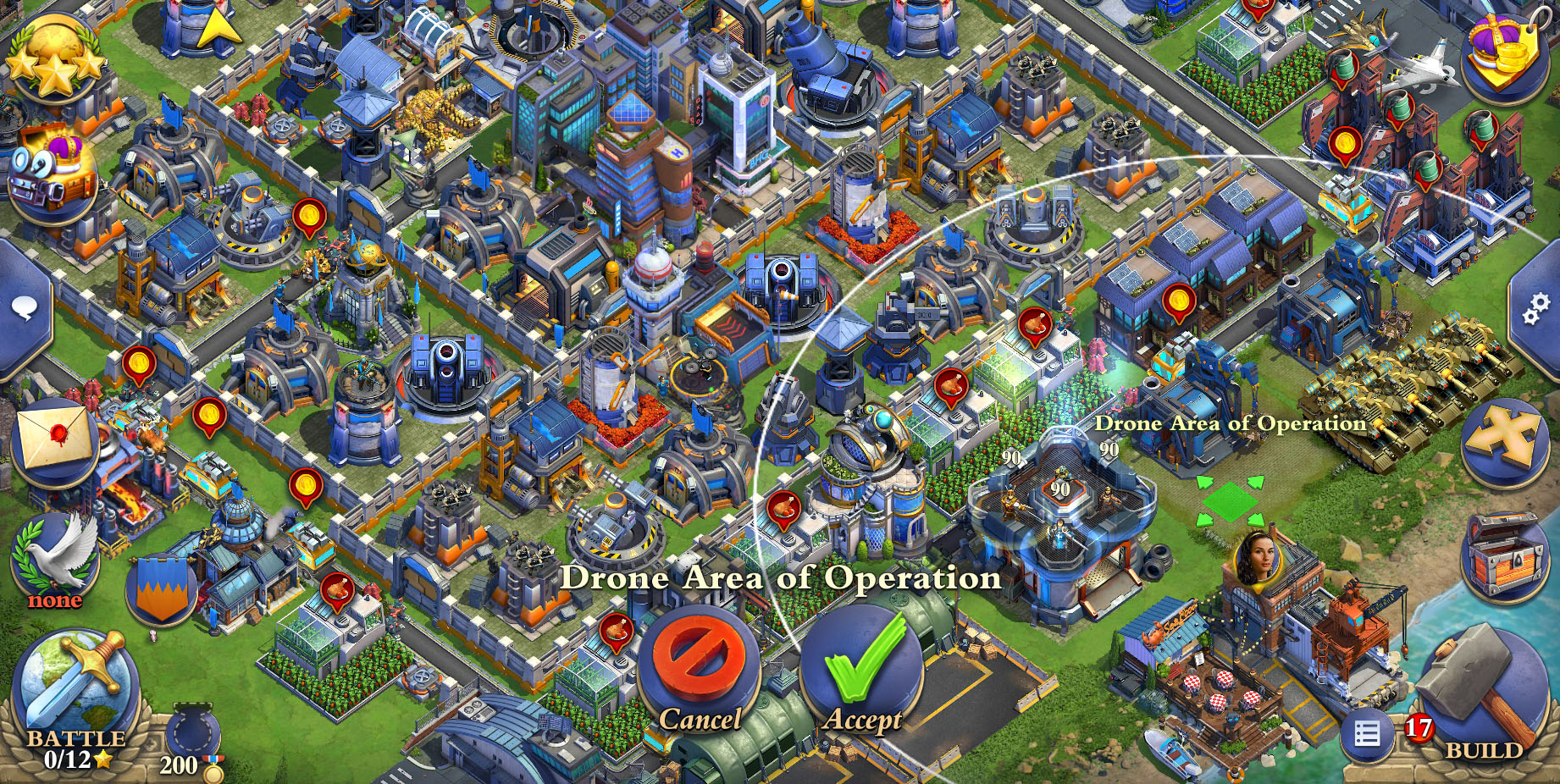 We want to ensure that Drone Command has a successful launch, and as such, we’ll be offering the opportunity for some of you to participate in our Early Access Build. In this Early Access, you’ll have the ability to explore the entirety of Drone Command in its current form! During this time, keep in mind that it is in Early Access, which does mean there may be some instability while playing as this will be a Beta Environment. Content included in the Early Access doesn’t necessarily mean it will be included in the final product. If you’d like the opportunity for a first look at how the tide of war changes with Drone Command, you can Sign up today!

Slots are limited for the Early Access build, and you’ll want to be swift. We’ll be randomly selecting players in waves once the sign-ups close. Sign-ups are open for both Android and iOS, but keep in mind that they will both require your Google or Apple email in order to gain access.

Please delete yours delete your disparate abstract concentrated little pile of flying vomit as it has no value whatsoever other than sucking up the oxygen on this thread nor does anyone cares about it . Please delete as suggested and go find a better use of your time other than trying to belittle folks over the internet for no reason other than them expressing their thoughts and opinions on something they have issues with . Delete your generic redundant puke the forum will be more useful and human kind as a whole will be happier to.
Last edited: Oct 15, 2022

Disorganized? Disorganized how it’s all related idiot ? It’s all related the poor state of the game defence being broken , the bugs, the crashing , retrain blessings , lag , etc. What is your point exactly ? Dork are you suggesting by any chance that I go spend countless hours reading skimming through the crap here and find each different topic lol and then post there cause you said so lol ? “ Already better articulated elsewhere by others ? I like the part where you are assuming I give a hamsters behind about your opinion , the opinion of those “ others” you deem articulate , and the part where you think i would even consider spending my time reading all the crap in here . I also love the part where you think you can tell me what to do or what to say . I have about 5 minutes here I joined not even a month ago get used to me being here I ain’t going nowhere .
Click to expand...

BaseyMcBaseface said:
Are you me?

I'm doing a misfits event then I'm done. I haven't logged in for a week except to transfer to a new shell.

This game is done if they don't figure out what the players need, a parity of both O and D.
Click to expand...

I don’t get your question at all lol . Sounds like that one scene from Rush Hour 3 though lol . Are you me ? No I’m Yu ! I’m not you im me . Lol. Are you asking me if I’m me lol ?
Not surprisingly why in most posts, it's not a trace of forum admibs or will ultimately end with a short post.
In any new article, the issue of defense is raised.sone Players see game in just a few of the first few alliances, and they have not information society .they Do not know how to make a problem in a large part of alliances, a player in getting 3 or four stars from the lower age. The hardening of the attack, make tgeire progress is game much slower.
If offence is so powerfull, use it too.
You must log in or register to reply here.